Uhuru sends Matiang’i to Zambia with ‘special’ message for President

34
SHARES
4.4k
VIEWS
Share on FacebookShare on TwitterShare on Whatsapp

“The two countries enjoy a rich history of cooperation in strategic and geopolitical interests, bilateral relations in trade and mutual,” Oguna said in a statement via Twitter. 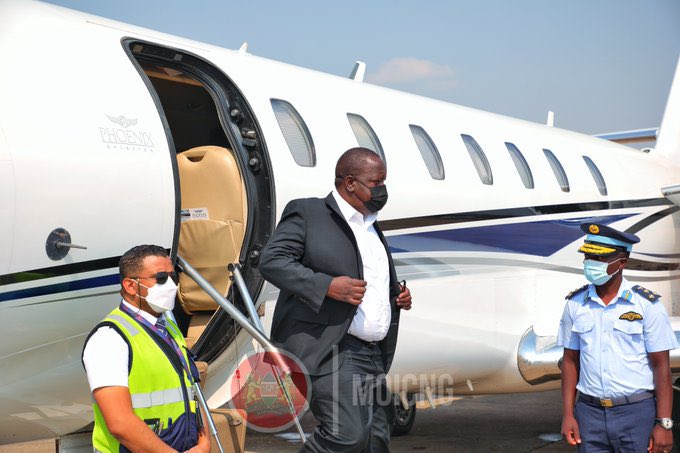 Just last week, President Uhuru was among the leaders who attended the swearing-in ceremony of president Hichilema.

President Hichilema is veteran opposition leader sworn in as the seventh president of Zambia on Tuesday, August 24, after getting more than 2.8 million votes to President Edgar Lungu’s 1.8 million votes, achieving one of the biggest electoral wins in the country’s history.

In his congratulatory message to his election victory, Uhuru said he looked forward to working closely with Hichilema to enhance bilateral cooperation between Kenya and Zambia for the benefit of the people of the two countries as well as to advance the African agenda of a stable, peaceful and progressive continent.

In his message to Lungu, he thanked the outgoing President for the role he played in forging closer ties between Kenya and Zambia during his tenure in office.

This site uses Akismet to reduce spam. Learn how your comment data is processed.

Why Co-op Bank was named best bank in Kenya